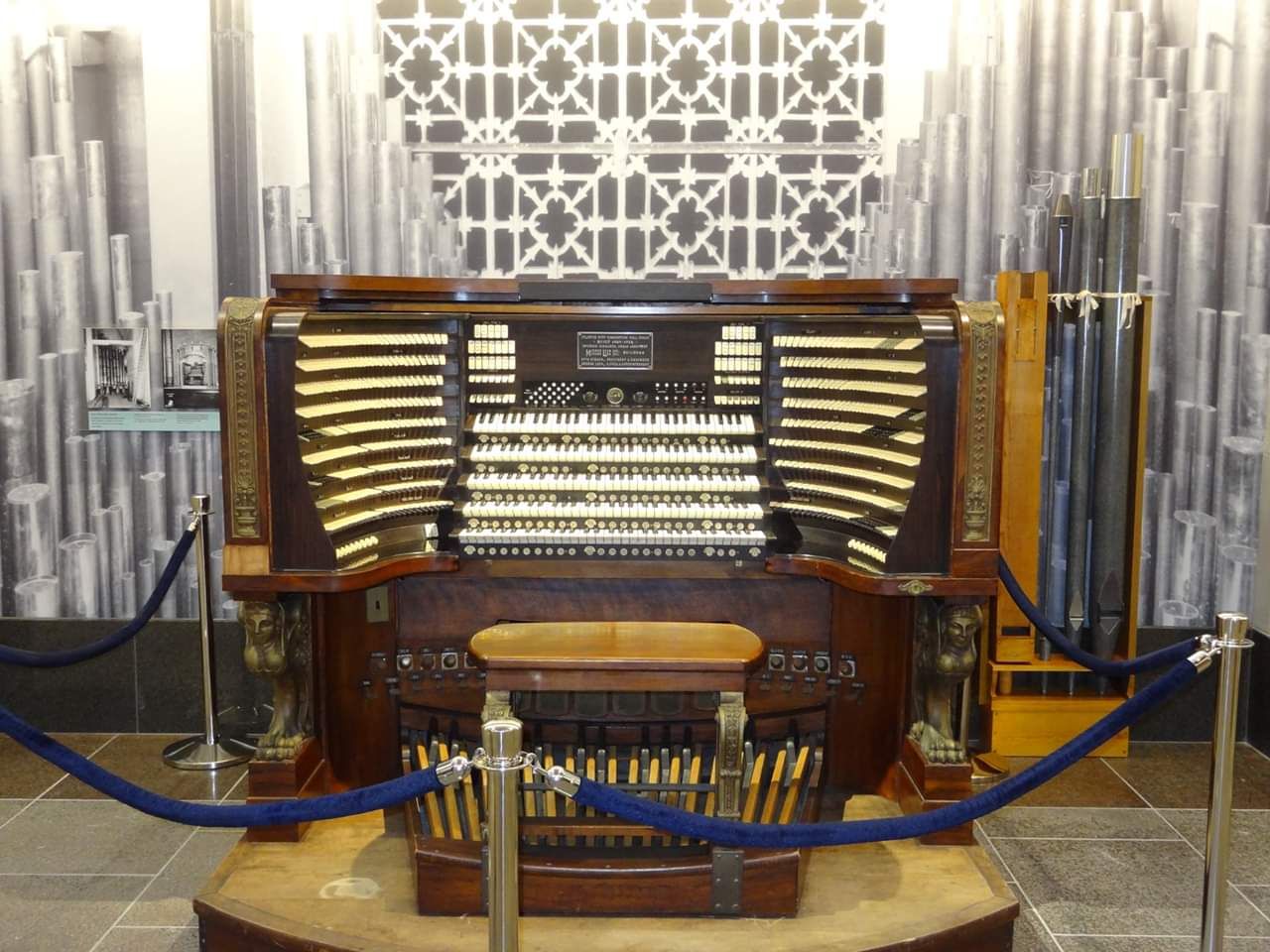 Select a topic below:

The official total number of pipes is 33,112 but the actual number is unknown. The number of pipes in the instrument's contract, when signed, was 29,524 but that figure rose as stops were added during construction to 32,205. An early description of the instrument mentions up to 33,111 pipes, and a thesis written on the pipe organ lists 32,928 – a figure that's probably attributable to City Organist Arthur Scott Brook. The Encyclopedia of the American Theatre Organ states 32,967 pipes. It’s safe to say there are more than 32,000 pipes.

The pipes are metal (lead, tin, or zinc) or wood (sugar pine or fir). The largest pipe is a diaphone pipe in a Dulzian reed stop, 64-feet long producing the CCCCC. It is 27”x27” square at the open end, the walls are 3” thick, made of sugar pine, and it weighs 3,350 pounds. It bends in an L-shape in order to fit in the chamber. The smallest pipe is 3/16 inch in diameter and 7 inches long and is made of lead or tin. From the mouth (speaking hole) of this pipe to the top is only ½ inch. Many of the pipes were made on-site in an organ shop set up for the project.

The organs are in the midst of a complete restoration. Many of the mechanisms flooded during the Hurricane of 1944 and the organ has not been fully functional since then. The Historic Organ Restoration Committee, a 501c3 founded to restore and preserve the organs, estimates that it will take $16 million to completely restore them.

Who designed the organs?

An Atlantic City native, Emerson Lewis Richards (1884 - 1963) designed organs as a hobby. Along with the Boardwalk Hall organs, he also designed the organ for Atlantic City High School in 1923. Additionally, he designed an organ that was in his private residence on the Boardwalk. His home and this organ were destroyed by a fire in 1958.

Professionally, Richards was an attorney. He also was a New Jersey State Assemblyman and Senator for various terms from 1912 to 1935. He also served as acting governor of New Jersey for several months in 1933. He served in the United States Army during World War I, at the same time that he was majority leader of the Senate.

A service of the City of Atlantic City